Tupperware Lessons: Can Women Have it All?

While social media’s been buzzing over the recent article, “Why Women Still Can’t Have It All,”  I’ve been thinking the answer can be found at a Tupperware Party. Author Anne-Marie Slaughter, a former high-powered director in the state department, argues that the women who’ve managed to be moms and have successful top-level careers “are either superhuman, rich or self-employed.” Her position has women everywhere talking about it.

I had to wonder, what were the lessons of the women before us? What would they think about this discussion today? This immediately led me to think about Brownie.

You don’t know Brownie Wise, but you should.

Neither did I, until one night last winter I flipped on my TV and discovered the story of Tupperware. The omnipresent plastic kitchen accessory of my childhood is a fascinating brand that exploded in popularity thanks to the genius of Brownie Wise, who served as Vice President during the 1950s. She intuitively tapped into the desires of women of the day, giving them a means to earn income and recognition, neither of which was widely available to them. She gave them a bigger story to play out. And her marketing genius blazed a path for new concepts in sales and marketing that are still relevant today, notably the Tupperware “party” concept that we’ve all come to know and countless of other brands still emulate.

Brownie Wise was Tupperware. She lived and breathed the business, dedicating all her energy to building it up. Undeniably one of the greatest female executives and innovators of the 20th century, her impact was tremendous, gaining celebrity-like status and adoration among women across the country.

Yet, I’ll bet you’ve never heard of her.

By 1958 she was forced out of the multi-million-dollar company she helped build without financial gain: holding no stock and receiving only a year of pay.

Brownie spent much of the rest of her life unsuccessfully attempting to recreate her earlier success with Tupperware. These final years, by most accounts, were largely absent of family and friends. Her singular obsession and focus to succeed at Tupperware provided little to no time for a relationship with her son, who bore the cost of his mother’s pursuits and eventually was estranged.

Ultimately, Tupperware’s story – Brownie’s story – left me feeling uneasy and more than a little sad for her. While her business success was incredible, it was also fleeting. I can’t help but feel she, well, missed the truly important things in life. The Lasting Things. Because, of course, Tupperware didn’t care and love her back. What company really does?

I wonder what she’d say if she could be here to reflect on her experience.

Was the temporary fame and success — while still impactful today – worth the cost of forgone relationships with family and friends?

Or, is there a lesson –a warning — that success does require drive, focus and obsession that can cost you (and perhaps even those around you) dearly? Which, leads me right back to Slaughter’s commentary: the demands of any high-powered position run the risk of consuming your life. By the way, I know I’ll likely get pinged for it – but isn’t this a real risk for men, too? I know more than a few Dads who missed their kids’ childhood in hot pursuit of career.

What’s rather discouraging is that, despite many strides for women, this dialogue is still relevant. Corporate culture still supports a performance and achievement driven “win at all costs” environment that trumps any real, sustained effort to support healthy, balanced lifestyles for executives and their families. And the viral storm of the past few weeks provides the proof. 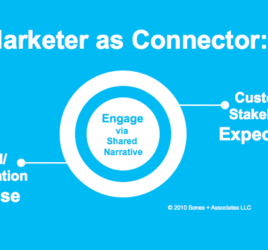 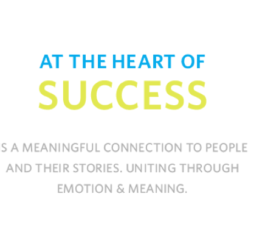